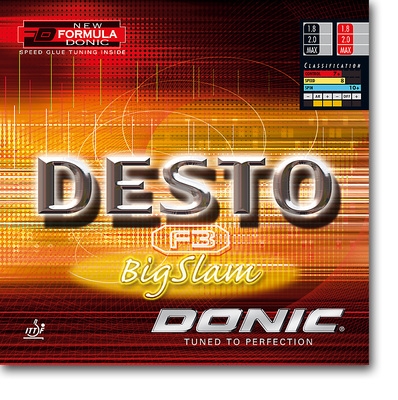 Donic Desto F3 Big Slam
Big Slam is somewhat softer, but not significantly slower than its successful sibling DESTO F3. It has the same amazingly simple ball control, but gives the same effect as optimum speed glue. The sound of speed gluing has been captured in F3 BigSlam rubbers. F3 BigSlam generates a loud crack when you hit the ball. This is the loudest DESTO FORMULA rubber that DONIC has ever produced.