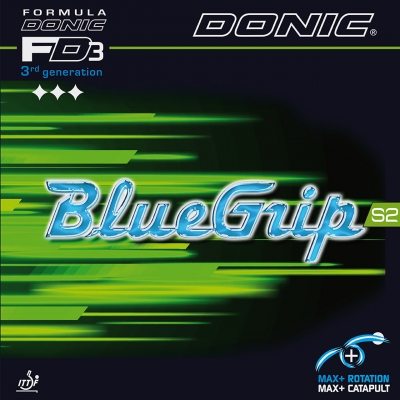 Donic Bluegrip S2 Rubber
Recommended for attackers who play with control. Allrounders as well as defenders who aim for a spinny and varied game. Extremely grippy and easy to control, enabling accurate attacking strokes with sufficient speed. The best of two worlds in one rubber: A sticky Chinese-style top sheet combined with a powerful sponge with strong catapult effect.
Now DONIC has taken this development even further and has added a new, softer version to the BLUEGRIP series.

Receive a 5% discount on this product